Setanta Insurance –end of the line? 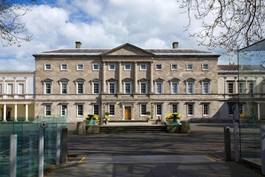 It has been reported that 21 millon euro is to be paid to motorists caught up in the collapse of Setanta Insurance.

The Maltese based company collapsed in 2014 with the company unable to pay for claims made against their policyholders causing chaos for claimants and Setanta policyholders alike. There followed a series of cases to determine who should be responsible for paying for the outstanding claims; the Compensation Fund or the MIBI?

Ultimately the Supreme Court decided that the Compensation Fund was responsible but this meant that claimants would only receive 65% of the value of their claims. It also raised the spectre of the 35% balance being potentially recoverable from the innocent Setanta policyholders. Finally, the Irish government stepped in to announce a scheme which would ensure that all claimants would receive 100% of their damages, with the Irish taxpayer making up the shortfall.

Until now no details have been provided outlining the mechanics of the proposed scheme however in a response to a parliamentary question from Pearse Doherty, Minister Paschal Donohoe said final payments should be made in early November.

What this means is that those who have already received 65% of their compensation entitlement will receive the remainder shortly and claims due to be paid out in the next tranche of payments from the Compensation Fund will be paid in full. Any cases that are still on-going will have to run their course but when resolved 100% will be paid out. It is a welcome conclusion to what has been a long running issue that caused concern and distress to all of those unfortunate enough to be caught up in it.