Injury reforms to be fast tracked by the Irish Government 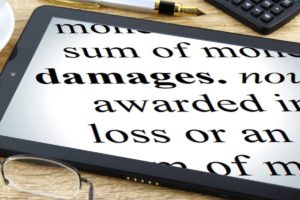 The government has announced plans for a panel of seven judges to be appointed to recalibrate personal injury awards in Ireland, with one judge from each court elected to the committee along with two others. It is anticipated that a new book of quantum will be prepared before the end of the year and this will be reviewed every three years thereafter.

Whilst this has been in the pipeline for some time the government now hope to fast track the Judicial Council Bill in response to the rising criticism of injury pay outs in Ireland. Irish pay outs are, we are told, 4.4 times higher than the UK standard and explain the ruinously high insurance premiums in Ireland according to the insurance industry overlooking the bumper profits announced by many this year.  In fact this week it has been reported that profits have jumped 1,300%. It also overlooks the fact that in Northern Ireland and England and Wales the defendant must pay the Plaintiff’s legal fees on top of any settlement agreed between the parties. In Ireland this only happens after proceedings are issued so many claimants are obliged to meet the cost of their legal fees from their award if the claim settles in the Injuries Board or before.

The discussion around the level of damages payable in Ireland has also somehow become inextricably linked to fraudulent and exaggerated claims with an obvious undercurrent that a substantial number of claims are being brought spuriously driven by greed. This is simply not the case and causes further distress for genuine claimants at what is already a very stressful period of their lives.

The government is also fast tracking the Civil Liability and Courts Act (Amendment) Bill 2019 which strengthens Section 26 of the 2004 Act and introduces penalties for those who give false evidence in court. Judges already have the power to dismiss claims perceived to be exaggerated under Section 26 of the Civil Liability and Courts Act 2004 and generally costs follow the cause, although at present there is judicial discretion in that regard. This means that if a Plaintiff’s claim is dismissed for any reason, an order for the defendant’s legal fees is made against them. It is then a matter for the defendant to decide whether or not to enforce that order. It may not be enforced, for example, if it is obvious that the individual that the order has been made against does not have the ability to pay.